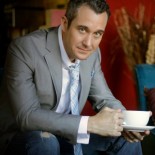 Happy Valentine’s Day Honey…Excuse Me? They Did What?

Here we go again.  In a time when you think companies would have already figured out the whole enigma that is Good Customer Service…Blush Day Spa goes and pisses off another customer.  Let’s see they actually made one of the most level-headed, calm and cool people upset to no end a week ago!!!  My WIFE!

It all started when I actually screwed up and bought Angela a horrible Valentine’s Day gift…a Gift Certificate to Blush Day Spa for $100.  Now, in my mind I am thinking Angela will love using this at her leisure, she can do whatever she wants with it.  A massage, a pedicure, a manicure…”Good Husband!”  Not so much!

Angela needs to get her nails done for a commercial, so since she was in a hurry and did not have time to get on the computer and do research, she actually did what used to be common…she actually called them and set up an appointment.  Mistake one!  As she was setting up the appointment she asked how much it was going to cost for this one specific service.  She asked again if there was any extra cost…they said NO and quoted her the price…a couple of times.  I know this to be true because if you know Angela, she is VERY THOROUGH when it comes to the details.

…and everything is fine until she sees the charge is $10 more than what she was quoted.  She thought it was a tip charge or something like that, but she called back to make sure.  Angela politely asks what the extra $10 was about and they proceed to tell her that is the charge for the service.  She proceeds to tell them that is not what she was quoted.  They basically tell her that she is WRONG, accusing her of a lie.  So, Angela asks for a manager and they tell her she is not available.  She politely asks for the manager to call her back, so they take her number.

No phone call!  So she calls back…talks to the manager and she tells her Angela must have “heard wrong”…that the employee would not have quoted her that price.  (Even though Angela wrote it down after it was quoted to her).  So, Blush Day Spa’s solution to a measly $10 disagreement was to continually tell Angela she was WRONG!  Oh yeah, and they passive aggressively reminded her that they have a website where she could have looked up the prices in the first place.  REALLY?  How offensive is that?   That was their resolve.  The story ends with Angela being a liar.  Yep!

So, The Husband Calls

…I am a little upset at this point.  Not because of the money!  I don’t care about $10 and neither does Angela.  I care about the fact that they accused her of a lie or “hearing wrong”…and then sticking to it to the point that it upset my wife!  Which is really hard to do since she is so easy-going.  I call and of course they were VERY INQUISITIVE as to why I wanted to talk to a manager.  All I really wanted to do was to POLITELY give them some advice on Customer Service…I don’t want the $10 back and could care less about the money.  As a matter of fact, I will give them another $10 if they come up with a new Customer Service Policy.  I wanted to help them fix a problem…give THEM a solution, unlike what they did for Angela.  They screened the crap out of me, but I don’t hide anything and I POLITELY (unlike what they do) told her to have the manager call me back.  After 3 minutes of fearful questions, they finally said they would have her call me.

Of Course She Hasn’t Called Me Back Yet!

No phone call yet from Blush Day Spa.  SURPRISE right?  So, here is what I am going to do.  I am going to give them some good ol’ fashioned, common sense, customer service advice right here on my blog.  The same conversation that I was going to have with the manager on the phone.

I encourage all of Angela’s friends to go to their Facebook page and politely send Blush Day Spa on over to this blog post to learn about the simple 1-2-3 approach to customer service.  Ask them to read the blog in its entirety.

If we don’t teach them about good customer service practices now, then they are going to stick their noses up to another PAYING customer in the future.

7 comments on “Happy Valentine’s Day Honey…Excuse Me? They Did What?”

This entry was posted on September 7, 2012 by PhillipDeems in Customer Service, Forty, Planning, Success.